The Buddha and Desire 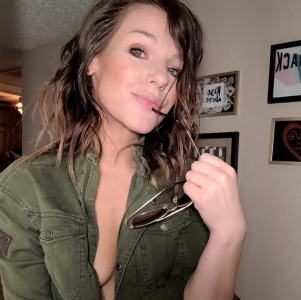 Thirty-one year old mother of boys pursuing a degree in Psychology and trying to take over the world.

A very attractive guy came for a massage the other day and in all our talking, we happened upon religious belief. He said that he is a Buddhist, albeit a bad one, and recommended some books, which I’ve forgotten because he forgot to write the titles down. Whoops.

He emphasized the denial of desire as a key virtue, and of course the implication then was that our present occupation was somewhat of a sin. His voice got low and sorry, mine pitched higher, a little defensive, then I brushed it off and steered the conversation to less ominous things. I wanted to say something to the contrary, but I hadn’t decided what.

So first, with the advent of modern science, morality need no longer be a philosophical problem. We can reach to brain science and social statistics to determine what is truly best for man.

Science of course bears the subjective experience of the climax out, and does not support the taboos. Coming does actually release dopamine and oxytocin, the happy and bonding chemicals in your brain, respectively. And there are important long term benefits as well, like a decrease in your risk for developing cancer. Conversely, abstinence only advocacy is correlated with an increase in teen pregnancy and the spread of STDs.

But even if we did not have science to help us distinguish between good and evil, I don’t think that Buddha meant for us to become ascetic. Desire is not harmful in its own right. Take his parable of the burning house, for example, in part two of chapter two. He compares himself to a father who comes home to find that his house is on fire and his children are playing inside. He shouts that they should come out, but they ignore him. He then must lure them out with toys, he literally incites the desire for material things to save them from the fire. Is Buddha a bad Buddhist?

Desire is part of the normal state of things. Hunger is necessary, lust is necessary, these drives keep us alive. He goes on to say all of this in the following pages, when he describes the middle way, which is not obsessed with sin nor virtue, not self denying and not self indulgent.

The ego-lessness of The Budha isn’t at all what the world has made it out to be. It’s not selflessness, it’s not asceticism. He’s just saying what I’ve been saying for years: That we are not truly free agents, that consciousness is an illusion. We are the effect of all preceeding causes, and with every new cause, we change. We are never the same twice. Thus, there is no self. “You” experience yourself as a static entity, with a definite form, and you take for granted that had your life been different, you would be different too.

This is meant to be the bedrock of the middle way, not a demand for flagellation. If you accept that your “self” is not a product of your making, then two things follow: You lose room to boast and you lose room to judge.

If “you” are no more real than your neighbor, then you must give him at least as much consideration as you do for other impermanent things, like yourself. Your hunger and his hunger are equally valid because they are equally invalid, he is unreal in the exact same way that you are.

Now, if you have been empowered properly by the self forgiveness that comes from knowing you are not a thing, but a synthesis of things, you will forgive your evil when you see it reflected in others, and it is in all others. And if you have been humbled properly by the realization that your successes are also not entirely of your doing, and are as much owed to the law of causation as your failures, then you will afford to the highest of men no more esteem than the beggars. The man on the sidewalk and the man on the throne and the man in your head are exactly the same, there is no difference in their substance. The quality of his cause is responsible for his station, the difference between these men is arbitrary and external, not inherent.

So the virtues The Buddha lays out, don’t take more than your share, don’t cause harm to others, they can basically be summed up as that, are the natural consequences of understanding the law of causation and the impermanence of the self.

That’s literally all there is to it. There’s no Thou Shalt Nots, there’s no sin, there’s no virtue, there’s nothing to try to abide by. (He says this directly as well.) Trying to abide by a principle often prevents you from doing right by a man.

He warns in the following pages that Enlightenment is not something to strive after, for it does not exist as a thing and can never be reached by striving. Enlightenment is knowing all the shit I just said, down to your core. It’s knowing it so well that you are it without needing to remember.

So fuck keeping away from desire. That was never the point. The thing to avoid is deifying the desire. Because on the one hand, you will not make it far in life if you are derailed from your course (and Buddha says we should intentionally design our own courses) by chasing after every impulse. And on the other, believing your desire to be more valid than another’s leads to greed, abuse, slander, and all the things he just told us to avoid.

Your desire is normal, and you should honor it as part of your experience. The point isn’t to debase yourself, it’s to afford all people, including yourself, the exact same amount of respect. Desire in itself is neutral, it is life giving at least half the time, and only becomes evil when it is given undo consideration and evolves into something else.

Essentially, Buddha says the same thing as Soren Kierkegaard in, “A Sickness Undo Death.” A man is both flesh and spirit and to deny either is “despair.” (Buddha likes to go around in circles and seemingly contradict what he just said, because yes, it’s also unenlightened to get stuck on the realness or unrealness of minds. No, you’re not real, but yes, you are. You are both.) To find the right balance between the Heavens (or the moral, to be simple) and the Earth (flesh), is the cure for despair. But no one can prescribe for you the cure, because there are no edicts which universally apply. The social world is dynamic, so enlightenment is dynamic. (Therefore, enlightenment does not exist as a thing in itself and cannot be obtained by striving.)